Please email me some recipes for rhubarb to publish on the blog.
** **Remember from last year the tip about filling a mason jar with chive blossoms and then cover with vinegar. Let is sit for a few days and strain. The product is a beautiful pink vinegar with chive flavour! 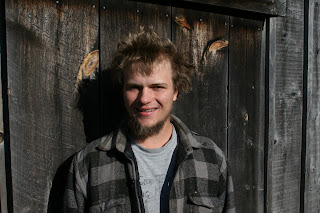 Many of you are wondering about our apprentices for this season so I thought I would high light a bit about each of them in this blog entry.

Jonathan Bruderlein was born in Switzerland and is currently from Quebec. He is a graduate of McGill University with a degree in Agricultural Environmental Science. He apprenticed previously at La Ferme Terre Bleue and La Ferme Co-op Tourne-sol in Quebec. In the future he hopes to start up a vegetable and livestock CSA in Quebec. 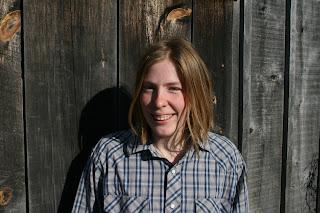 We are happy to have Anna McFaul back for her second season at Orchard Hill Farm, as our Senior Apprentice. It is helpful that Anna knows the ropes around the farm. She comes from a farming background having grown up on the McFaul Family Farm in Prince Edward County as at least the sixth generation on the farm. Her skill in picking strawberries acquired as a child sure comes in handy! She is almost a graduate of the University of Guelph. (She is working on her last two courses by correspondence in her free time this season.) Anna is an avid field naturalist with a special interest in entomology. Some of you may remember her jars of butterfly chrysalis in our wash area last summer. 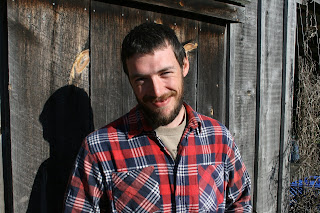 Devin Hickman grew up outside of New York City. He trained as a horse farrier. Devin apprenticed previously at Food Bank Farm and Cold Pond Community Farm in New England and expects to return to New England and start a CSA of his own in the future. He also enjoys fly fishing and outdoor activities. Devin is proud to be carrying on his grandfather and great-grandfather’s tradition of farming with horses. 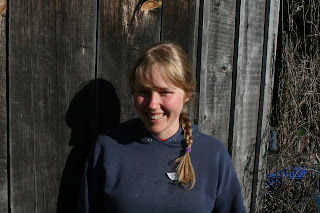 Jolianne Demers was born in Quebec and is a graduate of McGill University with a degree in Agriculture. She has worked on a number of farms in previous summers including an apprenticeship at Meeting Place Farm in Ontario. Jolianne is an avid cyclist often rising before anyone else and cycling the five miles around our country block before breakfast. She plans to farm in Quebec in her future following in the footprints of her grandparents. She has quite a bit of horse riding experience and is able to transfer those skills to working with our horses. Jolianne has a special interest in herbs and medicinal plants.